Juniper is a genus of coniferous plants from the family of cypresses (Cupressaceae), and its berries are used as a spice that give gin a special taste. They are everywhere because it adapts to all soil types and altitudes. It grows in oak and beech forests, dry hillsides and open pastures in eastern Tibet and the northern Himalayas, forming one of the largest tree lines on the planet. Apparently the Juniper berries were used by the ancient Greeks during the first Olympic Games to increase physical endurance of the athletes. Later, the Juniper berries were imported from Greece to Egypt and then they further spread around Europe.

In ancient times, Juniper was thought to have healing and even magical powers. It was believed that if a sprig of Juniper was placed above the front door, that it would help fight evil spells and witches. In present times, they are also used in healing processes, as a powerful ingredient of medicines and treatments. Common Juniper is a mild diuretic that helps with water retention, bloating, PMS and urinary tract infections. It lowers blood sugar, helps restore the pancreas, and increases insulin production, which makes it beneficial for individuals with diabetes. Dry, ripe Juniper berries contain up to 2.5% essential oil, which is considered to be their most medicinal substance, and this is what they use in pharmaceutical and cosmetic industries as well as an ingredient in perfumes. 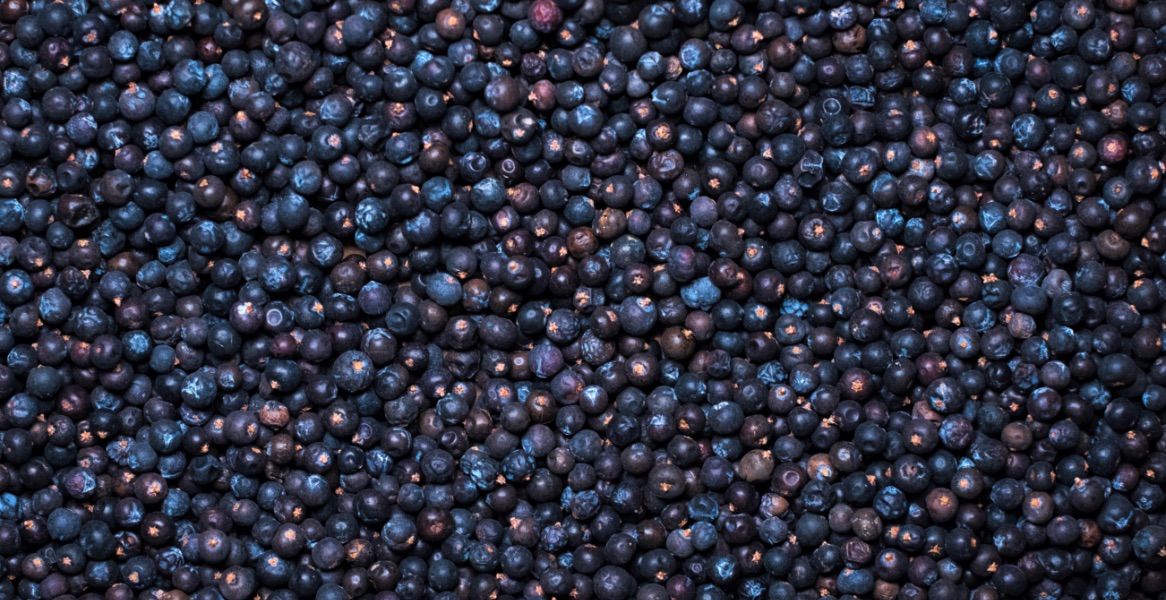 Juniper berries are usually used in the production of gin and they are the main ingredients that give gin its characteristic aroma. The berries are added into classic gin-tonics for the purpose of further emphasizing the taste of gin.  The word gin itself comes from the French word “genievre”, or the Dutch word “jenever,” both meaning Juniper. It is also used in cooking as a seasoning and its popularity is increasing when it comes to the production of craft beer. Wood and Juniper needles are often used in the process of smoking various meats. In France, wine is made from Juniper berries, in Scandinavian countries they are used for beer production, and in Germany they use the berries for different sauces and a special kind of vinegar. As a seasoning/spice, people add Juniper berries to pates, soups, fish and meat products, various sauces, marinades, stuffing, etc.  It goes well with Mediterranean herbs and citruses.