Allspice is the dried unripe fruit of the Pimenta dioica plant, which comes from Mexico and Central America, and today it can be found in all warmer parts of the world. This spice owes its name to its aroma and taste, reminiscent of a combination of many types of spices such as cinnamon, cloves, ginger and nutmeg.

Christopher Columbus discovered it when he arrived to Jamaica, during his second trip to the New World, but he was convinced that he found pepper. The name Pimenta was given to the spice by Diego Álvarez Chanca, and it comes from the Spanish word pimienta, which when translated, means pepper. The Spanish king at the time sent his servants to Jamaica to retrieve this special pepper, but when they returned with Allspice they ruined the arranged trade.

Allspice fruits are harvested while they are still green and they are traditionally dried in the sun until they appear to resemble large and smooth pepper grains. Drying is a delicate process because it is important that the volatile oils, such as eugenol, remain in the final product. The leaves of the plant resemble laurel leaves and are used similarly in the kitchen. 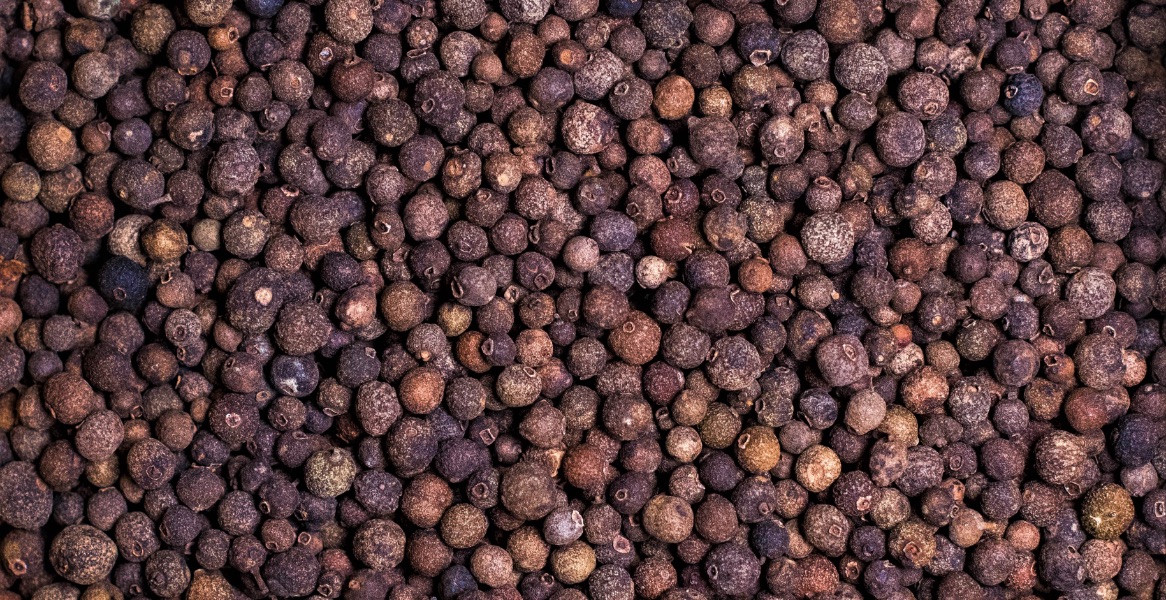 Allspice is one of the most important ingredients in Caribbean cuisine, where it is used for seasoning meat, pickling, cooking sauces and making sausages. It is also widely used in Middle Eastern cuisine, while in the West Indies it is used to make Pimendo Dram spirits. American and European chefs use Allspice more when cooking sweet dishes rather than salty.

Allspice contains eugenol, quercerin, potassium and tannin, which have anti-inflammatory, antibacterial, and antiseptic properties; it boosts immunity, improves digestion and metabolism. Allspice contains a large amount of iron and is therefore ideal for improving circulation, stimulating and warming the body.

Allspice, along with cardamom, is one of the most complex spices. As a spice in beverages, it is used in mulled/spiked wine, punches, in various combinations and cocktails with dark rum and coffee. It often has a decorative role where the berries are sprinkled at the end of the preparation of the drink. Allspice can also be grinded and in this way its aroma will be released even more.