The coconut palm is a woody plant from the palm family, Arecaceae, which is widespread in the tropics, especially on the coasts and islands of the Pacific and Indian Ocean. The name coconut is derived from the Greek work сосо (grain, fruit) or from derivatives of the Portuguese and Spanish word coco (head, skull) because of the association that the fruit has with the characteristics of a human being.

The tall tree has a diameter of about 30 cm, but it is extremely strong and wind resistant due to the fact that about 800 roots hold on to it (not more than one centimeter thick) in sandy soil about 8 meters deep. A coconut seed is impermeable to seawater in which it can swim up to 4,500 kilometers and then, undamaged, germinate on the ground. An interesting fact about coconut trees is that it bears its first fruit after seven years, and between the ages of fifteen and fifty, the palm tree bears 60 to 80 fruits each year. At the age of eighty, the tree stops bearing fruit and dies most often dies. Only a few specimens reach the age of 150.

The coconut palm is multifunctional - it serves both as food and as drink, as clothing, construction material and raw material for many products of the modern industry. In the food industry, coconut is especially used in dessert making, but in Philippine and Indonesian cuisine it is one of the main ingredients. In addition to coconut meat, coconut water, which can be drunk fresh or used for cooking, is also a favorite. Coconut milk and oil also have their place in the cosmetics industry. The dried and grated fruit is used as flour or as a base for cookies and pastries. In the chemical industry, on the other hand, and in addition to cosmetics, coconut is used to make explosives. Solid threads are made from the fibrous parts of a coconut, which are then twisted into ropes, woven into carpets, made into brushes, and today, they are also used to make insulation materials and car seats. The solid, woody husks are no longer only used as household utensils and decorative items, but also as materials for buttons and jewelry. Coconut leaves have been used since ancient times to cover rooftops and in order to make knitted handicrafts, but they are also an excellent protection against mosquitos so they are also processed into insecticides. Coconut tree trunks have been widely used as building materials. In addition to beams, the trunks are used for all kinds of wall coverings, furniture, and the bark is processed into rubber. 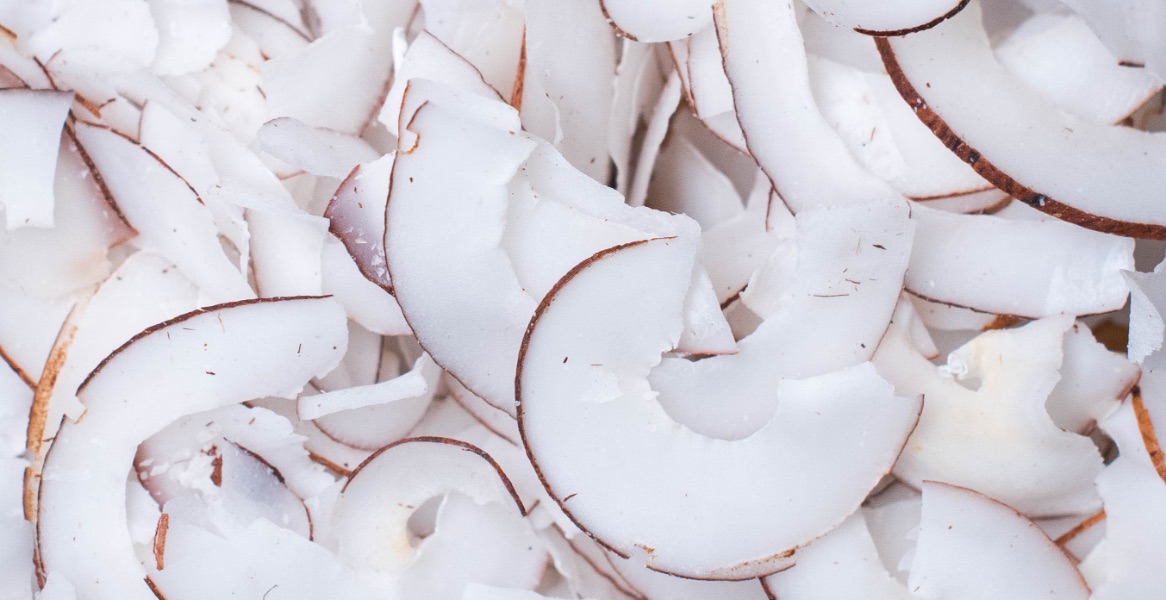 Like other fruits, coconut has a longer duration when dehydrated, while the freshness of taste and aroma remains the same. Botanica's dehydrated coconut is sliced into thin slices in order for it to fit perfectly in a variety of summer cocktails and desserts. It is perfect as a decoration in rum, vodka and whiskey based drinks. Dehydrated coconut goes well with pineapple in tiki cocktails, like Piña Colada, but it also pairs well with hot drinks like hot chocolate.