Ginger is the root of the plant Zingiber officinale and it is one of the healthiest spices in the world. It is part of the Zingiberaceae family, which includes both turmeric and cardamom. It is believed to originate from Southeast Asia, so even the ancient Chinese and Indian medicines advocated its healing properties. They call it a spice with a thousand virtues. The benefits that ginger brings with regular consumption have been scientifically validated.

Two substances that make ginger medicinal, an antioxidant and anti-inflammatory are gingerol and shogaol.

Ginger, as we know it, isn't the root of a plant, but a bulb. It is so easy to grow that you can even plant it at home. It doesn't require much care or thought but the process itself can take up to a year. This perennial plant grows annual pseudo stems (fake stems made from the rolled up bases of leaves) up to 1 meter in height and narrow leaf blades. Ginger produces white and pink flower buds that bloom into yellow flowers. Ginger is often used to decorate homes due to its adaptation to warm climates and its aesthetic appeal. 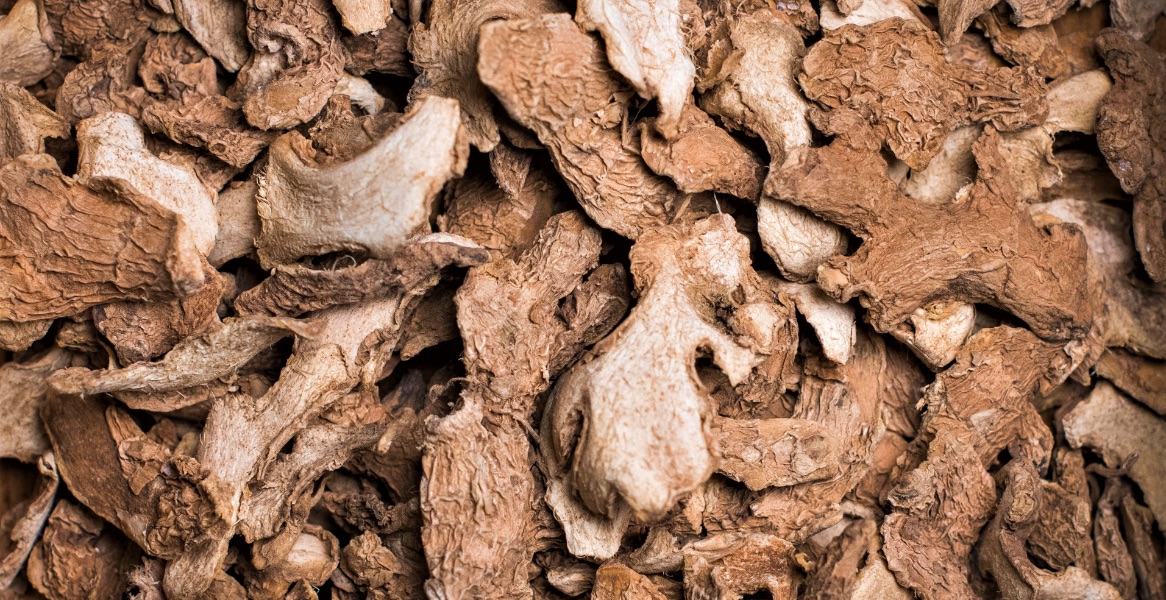 In addition to stimulating circulation and energy flow, it stimulates digestion, revitalizes and strengthens the body against all pathogens, and also removes poisons and toxins from the body. Ginger is frequently used for colds and the flu; it helps with coughs, sore throats, sinuses, headaches and migraines. It is also very well known for stopping nausea.

Ginger is used as a spicy supplement to gin & tonic, but it is also used in various other cocktails, including ginger beer. Dried ginger roots are commonly used to make teas, tinctures and tonics. In addition to protein and lipids, the root provides vitamin B3, calcium, iron and other minerals.

Ginger can also be found in powder form, which is most commonly used in gingerbread, cookie, cake, ginger ale and ginger beer recipes. Pickled ginger is great as a palate cleanser during a meal that is made up of several sequences, and it is most commonly used as such in sushi to better differentiate the different flavors of each fish.

The taste of ginger is unique, sweet and spicy at the same time. The ginger root has an interesting fiber texture and an intense taste; only a small amount of ginger is needed to spice up your food or drink. It is often used during the winter months for tea, partly to warm up and partly to boost one's immunity and improve his/her mood. We also recommend Botanica’s Ginger as an ingredient for smoothies as well as a decoration for beverages containing ginger beer.