Lemon is an evergreen tree from the Runtaceae family that originates from Southeast Asia. It is a hybrid between pomela and citron that was not widely used in diets until the 15th century. The name lemon comes from Persia (لیمو , Limu) and means citrus. Archaeologists found lemon remains in the ruins of Pompeii, and the British Navy used it to fight scurvy because of its high percentage of vitamin C. Lemon juice contains 5% acid, which gives the lemons a sour taste and a pH of 2 to 3.

The upper part of a lemon tree is very branched and up to 6 meters high; the branches are full of thorns. The leaves are elliptically oval, shiny and fragrant, while the flowers are straight, up to 2 centimeters in size and very fragrant. Lemons bloom from May to September, and the fruits ripen at different times of the year. The fruits are large, up to 30 cm in size, oval in shape, often with protuberances on both sides. Their peel is yellow, smooth or slightly crunchy and thick. An adult tree, in favorable climatic conditions, produces 600 to 800 fruits a year.

Lemon has been used as a medicine since ancient times, long before scientific studies determined its medicinal properties. First of all, it was considered an effective remedy for open, bleeding wounds and for cleansing infected wounds. In Sicily, which had major problems with their drinking water supply, fresh halves of lemons were put into drinking water. Lemon fruit is full of nutrients; it contains bioflavonoids, pectin, folic acid, vitamins C, A, B1, B6, potassium, calcium, magnesium, phosphorus, and manganese. It has a beneficial effect on the liver, intestines, and stomach, immune, nervous and cardiovascular systems. Consuming lemons on a regular basis can prevent diseases such as laryngitis, bronchitis, flu, colds, arthritis, high blood pressure, bacterial infections, kidney and gallstones, and more. 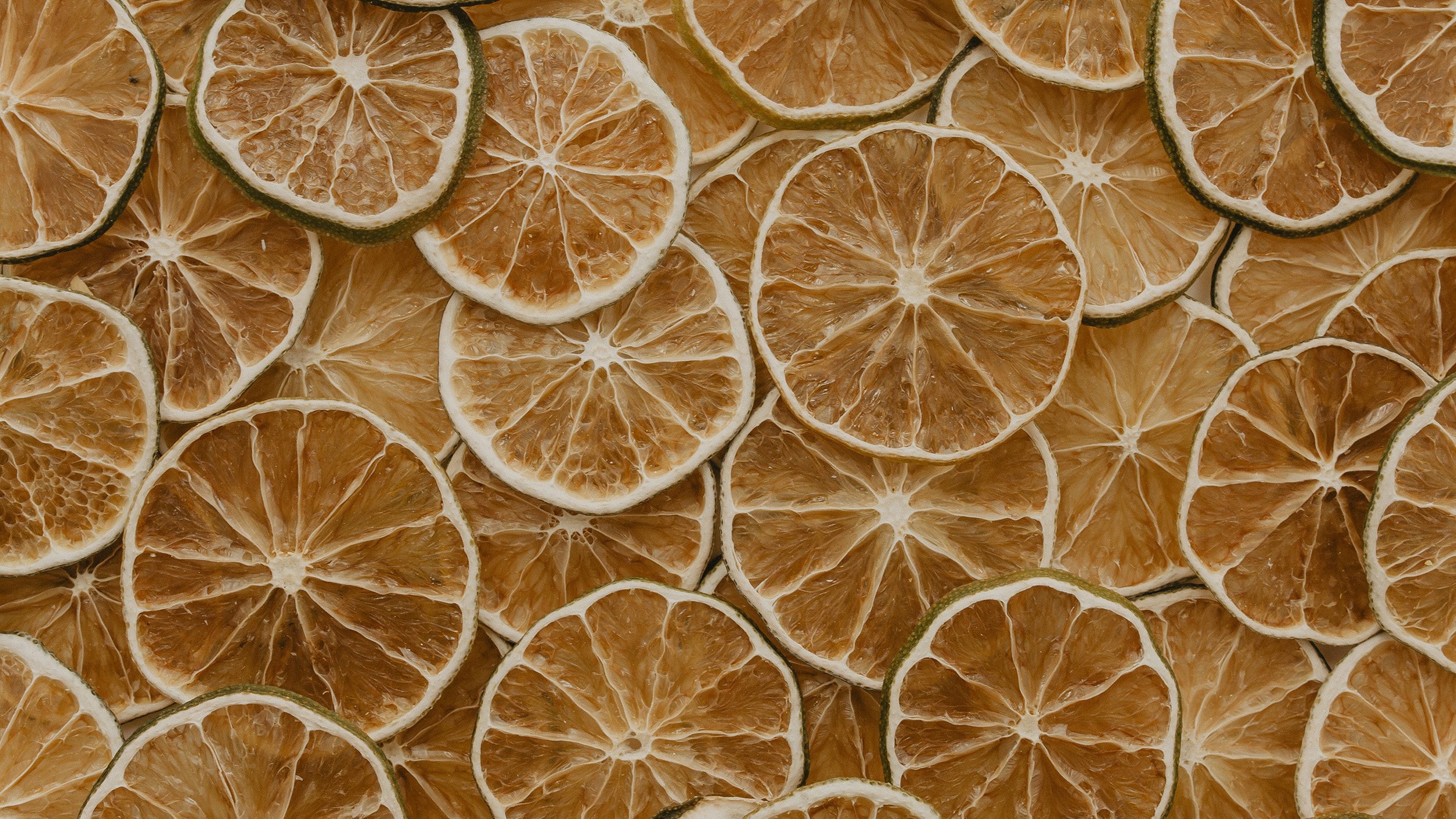 Lemon is used for culinary and non-culinary purposes. It is generally not consumed alone, but lemon juice is used to make various beverages, such as lemonade, and is also used as a spice for salads, marinades, tea and other fish and meat dishes. Lemons are used for cosmetic purposes and lemon oil is used in perfumes and other cosmetic preparations. Lemon juice is especially useful in preserving the color of other fruits and preventing oxidation. Adding a bit of lemon juice to sliced apples or bananas ensures longer freshness and a nicer appearance, which is ideal for desserts that require fresh fruit as decoration.

Dehydrated lemon lasts longer than fresh lemon, whether used privately or at a bar. As with other fresh fruit used in the bar as a decoration and addition to drinks, lemon, if not used, after two days loses its aromatic properties and can be thrown away. Dehydrated lemon is ideal for bar use because of the optimum use of the whole fruit as well as the reduced amount of fruit needed.

All of Botanica's dehydrates are dehydrated in professional dehydrators under certain conditions to ensure the perfect final product - every time. Also, when a guest receives fresh citrus as a drink decoration, he/she often squeezes the fruit into the drink, which throws the taste of the drink into imbalance. Dehydrated fruit contains a high concentration of aroma and flavor, which automatically means that a smaller quantity needs to be used.

Dehydrated lemon is the perfect decoration for cocktails, hot drinks like tea and punch, soft drinks and even plain water, desserts, meat dishes, and as an addition to marinades. It gives your drink a citrusy aroma and complements nicely with Mediterranean herbs, blueberries, cinnamon, mint, ginger and other spices.